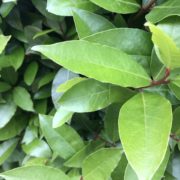 What script am I talking about?

You know, the script that runs inside your head.  Sometimes it’s quiet and in the background, sometimes it gets really loud and makes it hard to think straight.  We all have it.  Many don’t realise it’s there, don’t hear it, others notice and some manage to challenge it and make changes.

What’s it made up of?

It’s made up of all our experiences, particularly early ones.  Things parents or carers said, something a teacher said, words from friends or playground enemies even.  Perhaps what the teacher said wasn’t meant in a negative way, but we may have interpreted it as such.

“We see the world as we are, not as it is” said Anais Nin and this is so true. We run all that we experience through our own special filter and may take it as a negative even if the speaker didn’t mean it like that. Often they didn’t and were dealing with their own “stuff” but that’s another story.

So back to the script.  It’s basically our commentary, some rules, thoughts on what’s going on around us, maybe the voice of someone else who has been influential. That all sounds very innocent, doesn’t it?

Our internal script can actually be quite an unfriendly narrative that stops us doing so many things we’d like to or could be good at as it can be critical and obstructive.

“Telling people you’re good at something is bad” – makes job interviews a bit of a challenge.

“If it’s not perfect, there’s not point doing it” – how can everything always be perfect?

“You are not creative, you’re more academic” – is this really true?

These may be exaggerated for some, but many people I work with have even harsher, stricter scripts that mean they find it difficult to speak up, look after themselves and their wellbeing, celebrate achievements. It can mean we don’t try new things, are afraid to take on new responsibilities, dare to ask for something and criticise ourselves constantly so that most things we do turn out to be a bit stressful, if we dare to do them.  The script can get louder when we’re tired or stressed and it all becomes a vicious cycle that is hard to get out of.

What can we do to change the script?

First we need to actually NOTICE what the script says.  Identify what’s useful and helpful and what’s not.  Some of it might be very useful. Welcome that.  The bits that hold us back, make us feel bad, give us a hard time, well, it’s time to CHALLENGE these.

Once we have awareness and are managing to challenge the unhelpful script, we can start forming new scripts.  Ones that support, nourish, inspire, motivate us.  It is quite wonderful designing your own scripts. Once you find some more helpful scripts, it’s a matter of finding ways to make them the new go to script and avoid falling back onto the previous unhelpful ones, ones which we have had many years to perfect and adhere to.

It might help writing some of them down or telling someone else about them.  This is good for realising how ridiculous and illogical they can be.  They may live happily inside our thoughts, but once put on paper or mentioned to another person, we see them for what they are. Unhelpful scripts that stop us enjoying life and trying new stuff.

Forming new scripts and getting rid of the old, unhelpful ones can be so liberating!

If you’d like to talk about how coaching could help, get in touch for a chat.